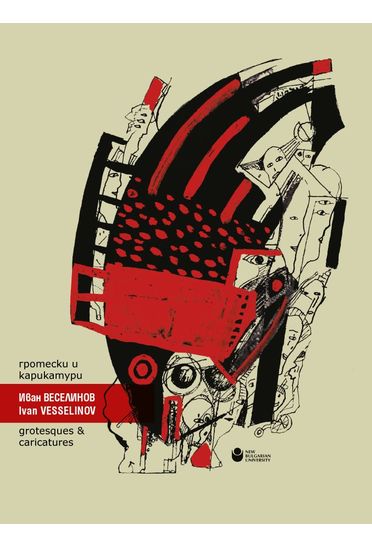 The conceptual analysis of caricature works by Ivan Vesselinov can be divided into several thematic circles. The most impressive and powerful messages are encoded in topics that can be defined as political. They are dominated by variations of the power and mass relations, ideology and practice, political conjuncture and propaganda, where Machiavelli’s postulates, valid for the modern syndrome of ‘homo politicus’ stand out behind the mask of the permanent images of the joker, the king and the jester, or of the stone monument of totalitarianism and the violent cruelty of the military. No less influential are the artist’s social messages, reflecting the morals of the totalitarian times and the poverty, misery and egoism of the transitional period, entangled in a spiritless way of being. And all this he recreates through symbols, metaphors and allegories, without direct explanations and textual support of his idea, but through reflections, achieving Sartre’s absurdism and philosophy about the world, where man with his identity, race, culture and faith is a temple, regardless the invisible chains and the merciless pressure of the burden of life... Hence, the obvious connection and at the same time the difference between the caricatures and the grotesques by Ivan Vesselinov, implying parallels with his both refined and drastic style as an artist in his animated films – a style which is individual and recognizable as an invariable constant… As if the characters in the caricatures and grotesques of the artist express an anti-utopia, anti-beauty and a kind of a protest against the exploitation of beauty in today’s marketing-directed and branded social engineering of spirit.

With Ivan Vesselinov everything is about cinema. You enter one reality, but then you fall into another… His multiple means of expression and great professionalism make him an unattainable virtuoso of the painted image and a demiurge of modern animation. When you look at the drawings or the filmed images by Ivan Vesselinov, you cannot be spared. Even if you hide in horror behind a chair in the cinema, one of your eyes will be always watching, not missing the development…