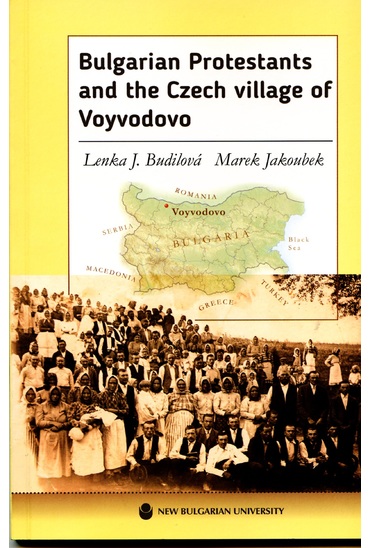 The book is concerned with the history of the Protestant missions in Bulgaria, their evangelistic, educational and literary activities, and offers a case study of a particular Czech-speaking Protestant community in north-western Bulgaria. The history of the Protestant mission is followed since its establishment in the 19th century in the territory of the Ottoman Empire to the foundation of Congrega-tionalist and Methodist missions in southern and northern Bulgaria respectively. The role of American missionaries and linguists such as Albert Long and Elias Riggs in the translation of the Bible into modern Bulgarian is discussed, as well as the response of Bulgarians toward American missionaries and their evangelizing efforts. A case study of a specific Protestant community in Bulgaria is represented by an analysis of the religious life in the former Czech village of Voyvodovo, which once represented the biggest Methodist congregation in Bulgaria. The authors have conducted their field-work both in Voyvodovo and in south Moravian villages, where former Voyvodovo villagers settled after their relocation to Czechoslovakia after WWII. Based on interviews with former Voyvodovo villagers, as well as on extensive archive research, the book offers a detailed discussion about the key elements of the villagers' faith in the period 1900-1950. The story of the Voyvodovo congregation is put into the context of the history of Protestantism in Bulgaria in the 20th century, which includes the infamous trials with Protestant pastors, persecution under socialism, and restoration of the Protestant churches in the 1990s.