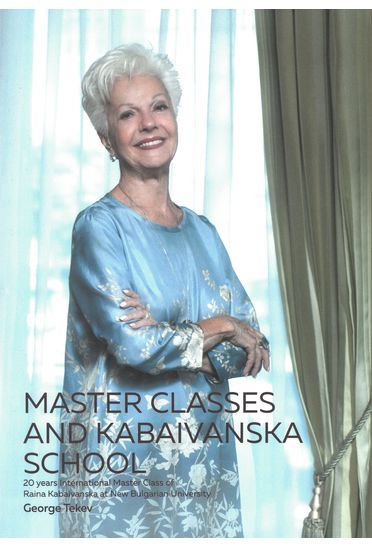 There is no other master class in the world that has lived for 20 years! This historical phenomenon can be explained by a few very specific reasons:

The organization and administration of my primary charity foundation has been supported by New Bulgarian University through the incredible energy and affection of George Tekev and his entire team, the trust of Prof Bogdan Bogdanov in establishing the class and after him the Board of Trustees of NBU over the years.

Ever since the very first years, the programme has produced real results and great achievements by its participants. World class singers have performed on the biggest international stages, as well as those not quite so well known but who make a living from singing. The number of participants from all countries of the world speaks eloquently of the popularity of the class around the world.

Last but not least, an important factor in the building of a global reputation is financial assistance in the form of scholarships which we provide every year. The acquisition of the necessary technique of interpretation is a long process, rather than a matter of instantaneous inspiration. Award-winning students have the chance to attend year-round courses at Vecchi-Tonelli Conservatory in Modena and in the summer at Chigiana Academy. In this regard, the support of our traditional sponsors and partners — Fantastico, Sofia Municipality and America for Bulgaria Foundation - are fundamental. Thank you! Thank you also to our partners from Sofia Opera and Sofia Philharmonic Orchestra.

If these three basic elements of the master class remain for the future, then I look forward to celebrating our 40th jubilee, at least!